With nearly half a millennia of history captured in its stones, the city of St Augustine has stories to tell. Hear 8 of the best on the standard tour, and a further 4 on the extended tour, all told in the very locations where the hauntings happen.

Over a route that is around three-quarters of a mile, the standard tour will take you to some of the less familiar, atmospheric, tree-lined cobbled streets of St Augustine’s Colonial Quarter.  The extended tour adds 4 extra stops and another 0.7 miles.

The well-researched accounts will take you through the vast history of this important city, as well as bringing it to life with stories of the people who have made the city their everlasting home. Come and hear about the tortured lives of the ghosts of St Augustine, like the lovers chained in a bricked-in tomb by the dour husband of one of the couple. Her heady perfume can still occasionally be smelt to this day.

Below are just a few of the locations we will visit on the tour. There are more fascinating stories from further afield that we gathered during the research for this tour, but were unable to include because they were more than easy walking distance from the Downtown area. These stories are on the Old City Ghosts blog, for your enjoyment. All compelling evidence that Florida may be the most haunted state in the nation!

We don’t want to spoil the surprise of your tour, as what’s the fun of a ghost tour if you know what’s coming? We do, however, have a short preview to give you a taste of what’s on the tour:

WHAT'S ON MY GHOST TOUR 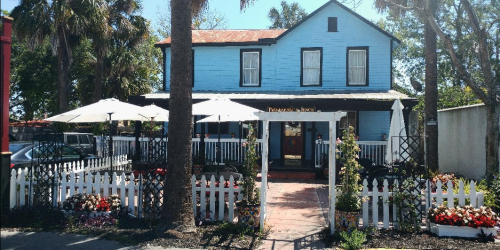 The Moon and Sun Café

All is not as it seems at this cheerful, daytime-only restaurant. Before the café took over, the property was a residence for servants, and later, families. One family paid the ultimate price for living in this haunted building, suffering dire consequences due to one particular young ghost… 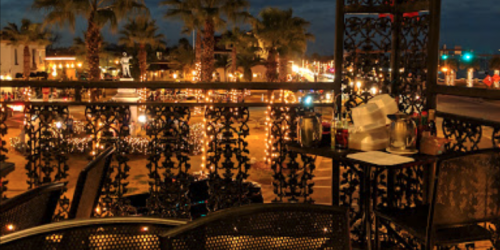 Thirsty? Then St. Augustine taproom and restaurant A1A Ale Works is a must-do. But be advised: it’s been haunted by the ghosts of the city’s earliest residents buried below… including the eerie ghosts of children. 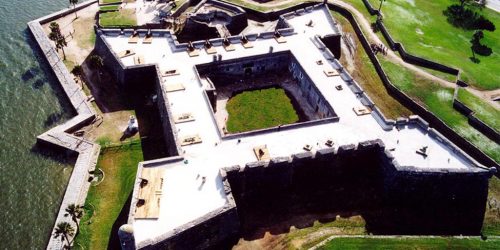 This fortress was once the occupying Spaniards’ pride and joy, as it warded off wave after wave of invading English pirates. However, the Castillo didn’t just keep people away but also trapped them inside. Discover the disturbing story of a marriage gone horribly, horribly wrong only on the extended tour.