The Haunting Of St. Augustine Lighthouse 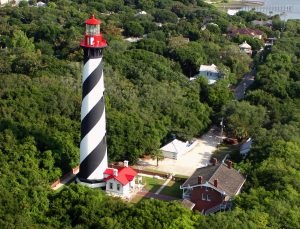 The St. Augustine lighthouse has the distinction of being the first of its kind established in Florida by the new territorial American Government. John Adams and his lot had just downright bought Florida out from Spanish grasp and the general idea was to commence a reconstruction and remodeling project that would, in essence, make the locals warm up to their new overlords.

The official lighthouse was constructed over an earlier watchtower built and operated by the Spaniards.

“The waters around Florida were a maze commercial and sea fairing trade routes. This not only attracted investors but a lot of pirates and privateers. When Sir Francis Drake attacked St. Augustine one of the first things the Spanish did after he sacked the colony was implement various beacons and watchtowers along the coast in order to prevent something like that ever happening again.”

One of these watchtowers was carved into the place the lighthouse now calls home. They were mostly made of coquina taken from a nearby quarry on the island. 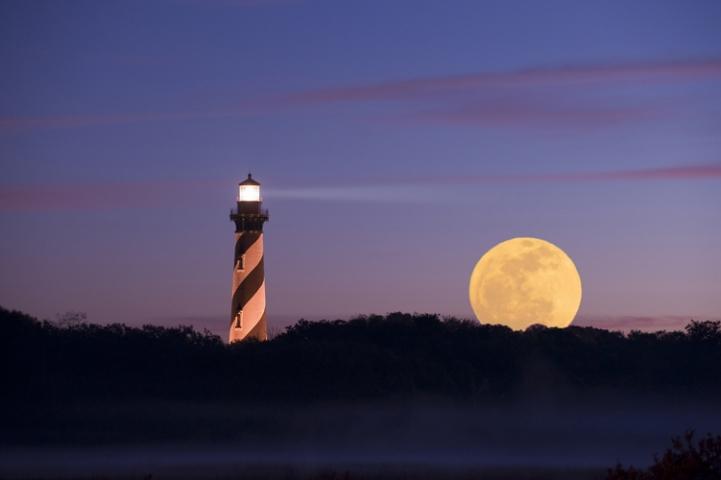 A Timeline of the St. Augustine Lighthouse.

The Ghosts Of St. Augustine Lighthouse.

There’s a reason why famed paranormal investigator and lead man of Ghost Hunters to called the lighthouse “the Mona Lisa of paranormal sites.”

In 1871, the Americans came to a realization, the lighthouse was sinking. They did extensive remodelings and reconstructed the old dame. A man named Hezekiah H. Pittee was assigned the task and he oversaw most of the construction efforts.

“Hezekiah H. Pittee had really restless children. I mean by today’s standards they would no doubt be labeled as hyperactive. Anyway, Pittee constantly brought his kids to work and let them play around the construction site. BIG MISTAKE.”

“The cart toppled, with the kids inside and crashed into the nearby coast. Back then the surf reached the lighthouse. the two eldest Pittee children, Eliza and Mary, drowned. There was a third African American kid but some newspaper reports fail to mention her.”

According to operators and the staff of the place, the playful ghost of these children still inhabits the lighthouse. Workers will often discover previously bolted doors form the night before hanging wide open the next day. They often tell tales of the racket of children’s laughter in the middle of the night. Music boxes sold in the gift shop will mysteriously pop open, and start playing all by themselves. Tour guides report increased incidences of being touched or seized by shades while showing visitants around.

Meanwhile, visitors to the lighthouse describe catching flashes of a young girl dressed in old era clothing gazing out from the lighthouse door or standing by the upstairs window. The ghost of this young lady is rather pleasant and rarely interacts with visitors. The same can’t be said of other less wholesome entities.

There’s a terrifying specter that haunts the lighthouse named “The Man In Blue.”

“When he appears he makes life a living hell for the workers. One lighthouse keeper refused to go back to work because the man in blue harassed him for a whole night, chasing him up and down the 219 stairs of the lighthouse. Eventually, the lighthouse duty had to be handed over to the coast guard because of this wraith.”

Many think that the man in blue is the wandering spirit of lighthouse keeper Joseph Andreu. Andreu plummeted to his death while painting the original tower in 1859.

Others, meanwhile maintain the poltergeist is that of another lighthouse keeper. The man heartbroken by his solitude allegedly hanged himself in the tower and was only discovered the next night when the lighthouse failed to illuminate the coast. Visitors and staff describe the overwhelming smell of cigar smoke on the landing of the tower, despite the fact that smoking is prohibited on the grounds. At night, the current keeper constantly says he can hear boots coming up the stairs, but when he turns around there’s no one there.