The Demons of The Casablanca Inn 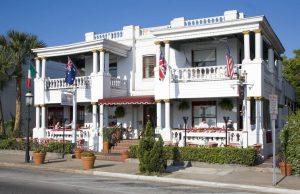 No one told us it was haunted…

And then that headline is followed by a hair-raising account that would have had the sanest skeptic out there bolting for the door and demanding their money back. The review, one of many, continues:

“… We sensed the presence of some sort in our room the entire stay. I didn’t even want to take a bath in fear of someone/something watching. We were sleep-deprived after the stay as we attempted to sleep w/our heads under our pillows so that we wouldn’t hear the noises in the room and house. We had been asked to pay in advance … now I know why…”

Let me reiterate that ONE OF MANY. This wasn’t a fluke, or some Stephen King fan letting the heebie-jeebies get the best of them, this was simply a pattern in a rather supernaturally inclined trend. Strangely enough, no one that has stayed in the hotel seems to follow the one constant rule ghost movies impart:

If you need to stick your head under the pillow, because Lovecraftian terrors are keeping you up, then it might be time to check-out and possibly vacate to the nearest Day’s Inn.

The History Of The Casablanca Inn.

The Mediterranean revival, old-style tow story inn and its carriage house were constructed way back in 1914. The architect was one Mr. Butler and the place was originally called The Matanzas Hotel. That original portmanteau was the first red-flag in its sketchy history. Why? On account of two undeniable facts:

Anyway, back to the program. The hotel was finished and the day to day duties was handed down to Ms.Bradshaw. During the early part of the hotel’s history, the joint Bradshaw ran a clean, comfortable and prosperous boarding house. The place was known for its excellent meals, warm hospitality, and all-around family vibe.

Then, as if taking a page from Walter White’s book on how to break bad, the demure Ms.Bradshaw became one of the region’s most adventurous and conniving smugglers.

The financial woes of the 20s were chocking Bradshaw’s prospects and making life difficult for her. The hotel was in the red, her clientele was drying up and the bills were starting to stack. The US was getting browbeat by the economy and Florida was feeling to gut-punches.

That’s when one law, one particular law, made a lightbulb spark to life in the savvy entrepreneur’s noggin.

“So, you’re saying that booze is illegal now? I smell an opportunity.” 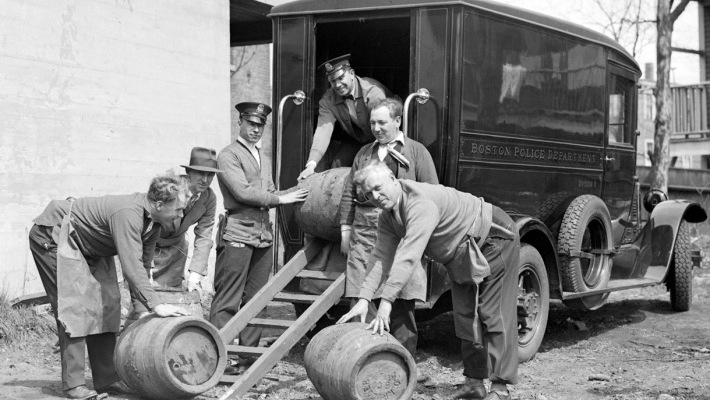 Overnight, Bradshaw came up with a bold plan to break bank. Alcohol may be illegal, which only meant the taboo of spirits and concoction would galvanize sales. Bradshaw, with a building in full view of the sea, became one of the most prestigious rum-runners in the region.

She started to coordinate drops and strategize with a slew of Captain Morgans from Cuba. Aside from her vantage point and space to house the illegal moonshine of Batista, Bradshaw had one more ace up her sleeve.

“She had a client list. G-men were constantly coming to stay at her place. It was the perfect locale. Flagler’s and the other places were too costly and the Casablanca had a reputation for its homespun nature. She had a pipeline into the federal manhunt for smugglers and the like.”

When she knew that the pigs were out of town, she would climb the stairs and wave her lantern from a second-story window. The army of smugglers keeping silent on the surf would then swing into the port and dump off their black-market booty.

During a couple of years, she kept this up, running a financially sound and highly illegal operation under the FBI’s nose.

“Everyone knew what she was doing. The whole town was imbibing her product…. it was a zero-sum game. If the Feds brought her in, then they become the laughing stock of their peers; a dame pulling the wool over their eyes for years. Running a thriving industry and trade right where they slept.”

Bradshaw ended up making a small fortune and the smuggling business allowed her to keep her hotel open. She passed on peacefully and was buried in the Huguenot Cemetery.

Nonetheless, some stories tall or true from those gangster days paint a much different picture. A picture of rival gangs, short trigger hitmen, the heart of gold hookers, and a dame with an iron will and two steel cojones that kept everyone in line.

“There’s a reason why Capone and the Chicago outfit never made a play for St. Augustine. You have to understand, St. Augustine was a frontiers town and had a great bay and a gigantic shore… not to mention tourists and a burgeoning infrastructure. So, why did Capone go for Miami and leave St. Augustine alone? Was it the Fort, the police presence.. or was it the fact that Bradshaw had already claimed the place as her territory and had the backing of smugglers that made Capone’s goons seem positively mellow by comparison?”

The Hauntings At The Casablanca Inn.

Since then the Inn has been the scene of thousands of supernatural reports.

People who have stayed inside constantly complain about the eerie sound emanating from the walls. The wailings and screams.

“The most common thing is that folks normally, out in the high tide, constantly report seeing a red-light in one of the rooms. A burning flame. Coincidentally, in the very same room, Ms.Bradshaw used to signal her contacts out on the coast. The room she would light a candle and give her smuggler friends the all-clear.”

Many have reported seeing the ghost of Ms.Bradshaw. Others witnessing a small child vanish into a wall.

“Many have witnessed a misty fog that floats through the air in several different spots around the inn, including the halls, guest rooms, and the property outside.”