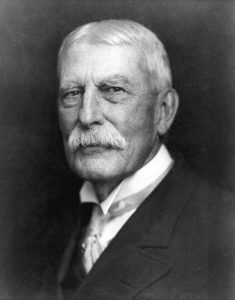 It’s well known that St. Augustine, America’s oldest city, is one of the most haunted places in the country. Less common knowledge, though, is that one man, in particular, is behind many of St. Augustine’s most notorious paranormal hotspots. Henry Flagler, known as the father of Miami and the founder of West Palm Beach, is one of the most important figures in the history of the state of Florida. It’s largely due to his tireless quest for development, expansion, and improvement that the Atlantic coast of Florida is home to the bustling metropolises that it is today. When Flagler, a wealthy oil tycoon, first visited St. Augustine in 1883, he felt the area was beautiful but lacking in modernized hotels and transportation. From that moment on, Flagler abandoned his day-to-day affairs in the oil industry and set his sights on Florida as his next great development project.

Because of Flagler’s tireless work in the area, many of the buildings that are considered to be paranormal hotspots have direct ties to Flagler and his family. Check out these locations in St. Augustine, Florida that are haunted (literally and figuratively) by the spirit of Henry Flagler!

Perhaps most iconic among Flagler’s St. Augustine endeavors is the Ponce de Leon Hotel, a beautiful Spanish Renaissance-style resort that drew upscale guests from across the country to Florida. The hotel now exists as part of Flagler College (named for Henry himself), and students and staff alike attest to the structure’s frequent paranormal activity.

The old Ponce de Leon Hotel is thought to be haunted by several different spirits. Legend tells us that Flagler’s mistress lived in a room on the fourth floor of the hotel, and some claim that she killed herself in a fit of despair. Her spirit is thought to now haunt the building. The entity of the mistress is known as The Woman in Black, appearing as a dark figure that roams up and down the halls. The lights on the fourth floor are said to turn off and on at random, and students have reported hearing footsteps on that floor at odd hours of the night.

Another spirit thought to occupy the old hotel is that of Ida Alice, Flagler’s second wife. Though not much is known about Ida, it’s believed that she was prone to emotional imbalance and potentially suffered from bipolar disorder. She was hospitalized after a psychiatrist friend of Flagler declared her insane, and Flagler divorced her under the protection of Florida law which allowed marriages to be broken in the event of insanity. However, this act pointed to more devious intent as Flagler immediately began courting his longtime mistress as soon as Ida was placed in a psychiatric facility. Ida eventually perished at the age of 82, never having regained her freedom. Some believe this injustice is the cause for the hauntings at Flagler College, as the apparition of Ida is said to frequently appear in the women’s wing of Ponce de Leon Hall.

However, others believe that the spirit haunting the college is Flagler himself, whose body was put on public display in the hotel’s lobby upon his death. Many people believe Flagler refuses to leave behind his beloved hotels and keeps watch over them from beyond the grave…

The Alcazar Hotel was another of Flagler’s development projects, and it was one of the most luxurious hotels in the country upon its opening in 1889. Some of its more upscale amenities included a casino, restaurants, and the world’s largest indoor swimming pool at the time. However, the hotel was forced to close when the Great Depression struck, and the grand building stood empty for more than a decade. A man named Otto Lightner eventually purchased the building and converted it to a museum to house his vast collection of decorative and fine arts. The Lightner Museum stands as one of St. Augustine’s most beloved attractions today, and many people believe the building is haunted—either by hotel guests who still roam the building or by spirits attached to the various antiques and collectibles which make up the museum’s collection. The great indoor pool, though now drained dry, is thought to be a place of particular paranormal activity. Guests and employees have reported hearing the murmurs of disembodied voices echoing throughout the pool room at all hours of the day.

Though Flagler was better known for his work in the tourism industry, he has a bizarre connection to one of the city’s darkest historic sites. Built in 1891 by the same company that constructed Alcatraz, the Old Jail is thought to be a place of violent paranormal activity. Flagler took on the project of designing the jail because he wanted the facade to appear inviting so as not to deter guests from staying in his nearby hotel. However, beyond its charming exterior is a place of sinister history. The prison was designed to hold up to 72 prisoners, both male, and female, and it housed a variety of levels of offenders—including those imprisoned for violent crimes and those on death row. Tours through the Old Jail take guests through the maximum-security areas as well as the staging area for the gallows where eight men were hanged.

The Old Jail is thought to be one of the most haunted places in the city because of the suffering and scores of deaths that took place behind its walls. Prisoners were kept in inhumane conditions and often died of disease, malnutrition, and abuse in addition to the souls which were condemned to death by hanging. Visitors to the prison have reported hearing disembodied screams as well as feeling violent presences. 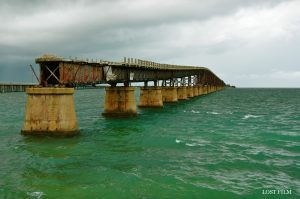 Among Flagler’s many endeavors was his railroad through Florida, now named the Florida East Coast Railway. This railroad allowed the then-rural area to become more incorporated and open up trade with the rest of the United States. Alongside this endeavor, Flagler dug channels, paved streets, and developed both power systems and water facilities; one of the cities, where these efforts were focused, was named Miami—one of the largest cities in the southeastern United States to this day.

However, when Flagler began work on a seven-mile span of railroad across open water on its way to Key West, he set his sights too high. At the time, Key West was one of Florida’s most populous cities, and Flagler was drawn by the promise of trade with Cuba and the newly constructed Panama Canal. More than 4,000 men worked for nearly seven years to construct the railroad, but the project was doomed from the start. The men who were employed on the project were plagued by mosquitoes, sandflies, hurricanes, and tropical diseases, which slowed progress and drove up the cost of the endeavor repeatedly. Known as Flagler’s Folly, the Key West-bound railway resulted in hundreds of men’s deaths, and the project never generated as much income as it was supposed to. The final insult came when the entire railway was destroyed by a hurricane in 1935.

Flagler, though responsible for the deaths of hundreds, continued with his development projects across the Sunshine State. As he once put it, “There has never been anything worth obtaining without grief, or suffering, and disappointment.”

Flagler eventually died from a fall down the stairs in his opulent West Palm Beach home. Though his influence reached many places across the country, it was St. Augustine that captured his imagination and his heart. A complex man with an unparalleled vision for the future, Henry Flagler is no doubt St. Augustine’s most famous (and prolific) ghost. The next time you’re in America’s oldest city, check out some of these locations and try to catch a glimpse of the man himself!

Want to know more about the haunted history of St. Augustine? Click here to check out the Most Haunted Places in St. Augustine!