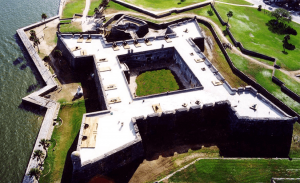 New York has the Statue Of Liberty, Miami has South Beach, San Francisco Alcatraz, London equals Big Ben… Every tourist epicenter in the world has a big-ticket the item the Chamber Of Commerce can always fall back on when their bevy of traps fail to attract the mighty vacationing buck. The one thing that can always be pranced out for the masses. Its image copied and reproduced ad-nauseam. It is that region’s logo and perpetual brand image.

In Saint Augustine, that prom-queen beauty is Castillo De San Marco, or – for the anglophile inclined: St. Mark’s Castle or Fort San Marcos.

This rather intrepid construction has been the staging ground for some of the most bloody and sanguine battles and wars to ever grace the American landscape. The spot for death-defying acts of bravery foolheartedly attempts at immortality and more drunken buffoonery than on an episode of Jackass. Concurrently, given some of the events, we’re about to glide through, it is inevitable that this sun-drenched – one would dare say paradisiacal stronghold is infested by droves of the restless dead.

The History Of San Marcos.

The oldest and largest masonry fort in the continental United States sits on the western shore of Matanza Bay. The river that gives that cove its sobriquet – Matanza River – can quite literarily be translated as Massacre or Carnage River. Why? In 1565, Pedro Menéndez de Avilés of Spain and his forces were ordered to butcher a group of several hundred shipwrecked Protestant French Huguenots. Each and everyone, including their leader Jean Ribault, was executed near the present site of the Matanza Inlet a couple of miles from The San Marcos castle.

A hundred years after that bloody christening of the land, Spanish engineer Ignacio Daza was tasked by then governor of St. Agustine Francisco de la Guerra y de la Vega to construct a mighty fort. Pirates, sent by the British crown as privateers, were ransacking settlements along the coast of Florida. St. Augustin had been attacked and pillaged by a rather vicious knave, Robert Searles, a couple of years before. 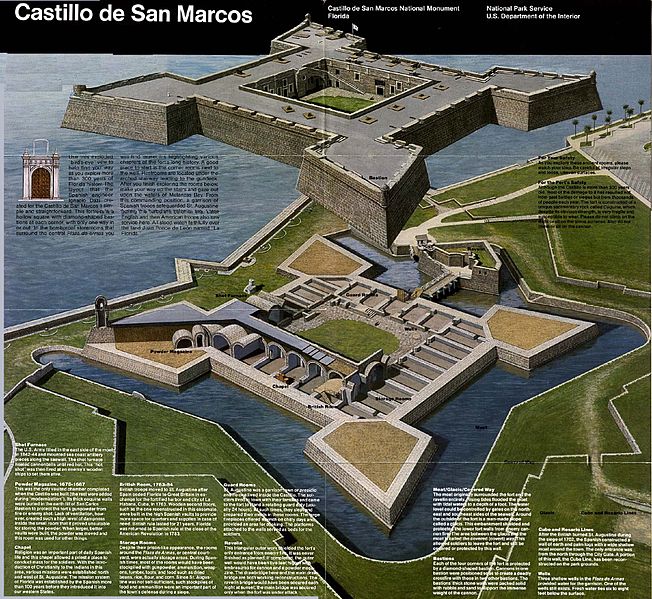 Since the moment, right after the Fort was finished, 107 years after Spanish Admiral – Pedro Menéndez de Avilés. The same one that slaughters the Protestant – established St.Augustine, the fort had been a magnet for all manner of vile acts. It has become the priced position for invading and conquering armies that have wanted to lay siege and plunder Florida.

A timeline of the Fort. 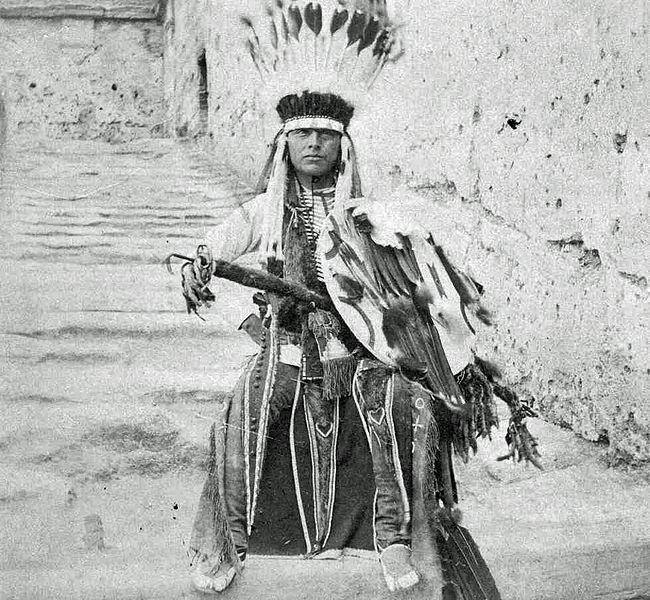 So, boiling it down… dozens of wars, 205 years of service under five different flags, untold hurricanes, uncountable pirate raids, bloodshed on a massive scale, and a prison for the disenfranchised… Oh, and a guy who got a tickle from decapitating prisoners and them preserving their severed heads just for the heck of it. And, let’s not forget the small fact of the Protestant massacre.

Is it any wonder that Castillo San Marcos is a spookfest?

Oh, and one last thing…

“During the many years it took to build the fort, a number of workers died due to hard labor, tropical heat and diseases. During this time of Spanish control, it is believed that a hidden room in the lower chambers was used as a torture chamber during the brutal Spanish Inquisition. It wouldn’t be until years later that the room was discovered when a heavy American cannon fell through the floor revealing a room containing ashes and human bones.”

The Hauntings At Castillo San Marcos.

Let’s breakdown what people have actually experienced and seen inside the Fort. What supernatural madness has wormed its way out of that place’s shadows and cemented itself as a regular player in some of the visitor’s nightmares?