The newest horrors from the Old City Ghosts.
The oldest city in the U.S., St. Augustine has survived wars, disease, and pirates. Experience the terrors lurking in the shadows of this quaint Florida town.

We have re-opened with the following precautions:

Group sizes are limited
Guests must wear masks or other forms of protection.
Come join us tonight!

Old City Ghosts offers an unflinching look at St Augustine’s hidden horrors. Dare you join tonight’s walking tour to hear a unique collection of entertaining and unnerving ghost stories that expose what makes this city one of the most haunted locations in the country.

CHECK OUT THESE EXTRA SCARES TO TAKE HOME 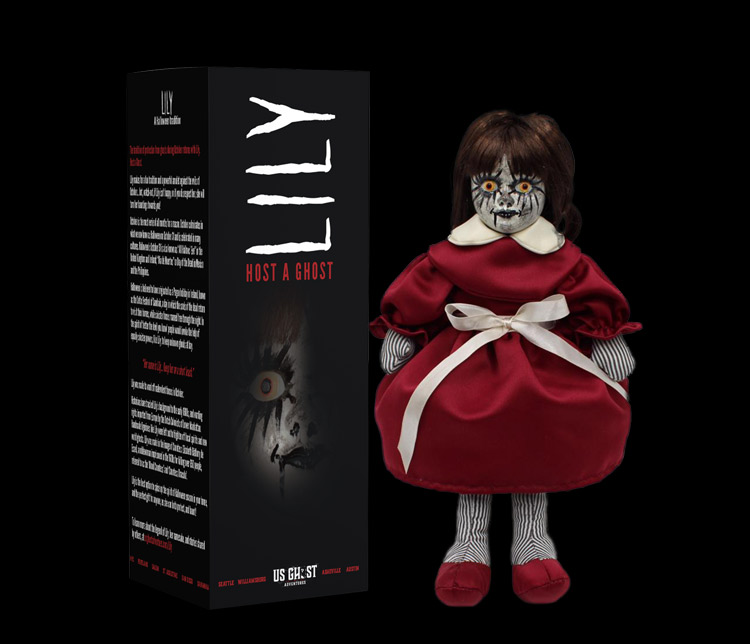 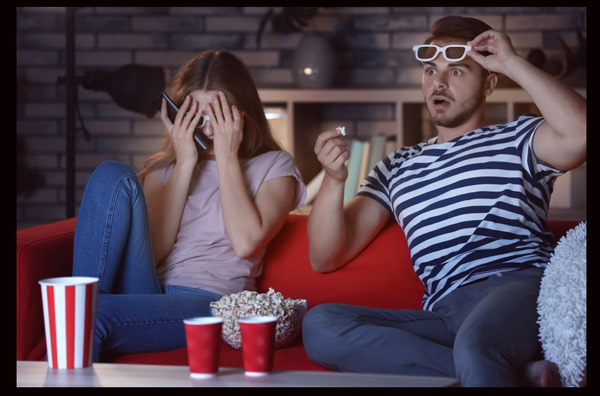 LIVE GHOST TOURS FROM YOUR LIVINGROOM! EMBARK ON A LIVE STREAM GHOST TOUR EVERY WEEK
FEATURING OVER 20 CITIES FROM ACROSS THE US

TURN YOUR PHONE INTO A GHOST TOUR GUIDE 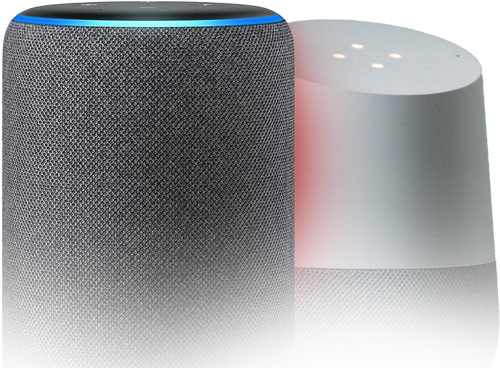 Listen to one of over 200 narrated ghost stories from home on Alexa or Google Assistant! 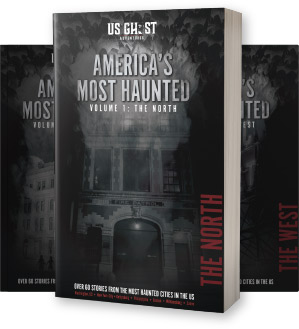 LIVE GHOST TOURS FROM YOUR LIVINGROOM! EMBARK ON A LIVE STREAM GHOST TOUR EVERY WEEK
FEATURING OVER 20 CITIES FROM ACROSS THE US

TURN YOUR PHONE INTO A GHOST TOUR GUIDE

Listen to one of over 200 narrated ghost stories from home on Alexa or Google Assistant!

Join us on a tour to experience St. Augustine's history and hauntings

Old City Ghost Tours take you through 8 or 12 different sites in one of St. Augustine’s most haunted areas, with each location ratcheting up the tension more and more. Meet your experienced tour guide out front of 26 Toques Place at least 15 minutes before your tour’s scheduled departure time. The standard tour takes about an hour and walks you through several landmark locations in the area. If you select the extended tour, you will get another 40 minutes of chilling stories and historical locations!

The Old City Ghosts walking route is a great way to see historic St. Augustine’s most amazing sites. At the same time, you are also getting your fill of the ghostly atmosphere of the city’s most haunted locations. This tour is perfect for first-time visitors to the Ancient City and seasoned locals alike!

This is a family-friendly attraction, so bring everyone—your kids, friends, or a date—to Old City Ghost Tours! We’ll make sure that you have an informative, memorable, and slightly terrifying night, all starting at $19. Keep in mind that tours fill up quickly, so reserve your spot early through our website!

In a town acutely aware of its place in history, sometimes the extraordinary finds itself hidden by the mundane. Old City Ghosts offers a unique and compelling look at the ghostly happenings lurking in some of the Ancient City’s darkest corners.

Being the oldest continuously European inhabited city in the United States means that plenty of people have come to St. Augustine. Some come looking for fame and fortune; some came to study its unique cocktail of cultural history.

However, most people don’t come looking for the ghosts, and they may miss the terror that much of the city is built on—or maybe they choose not to see it. Every quaint inn, trendy restaurant, or historical landmark is built upon a grisly and bloody past. Even seemingly mundane places, like a strip mall, a quiet diner, or a local park, are rife with physical or psychic remnants of tragedy, despair, or loss.

With Old City Ghosts, you will walk the same paths as ancient Native American warriors, Spanish Conquistadors, and dishonorable pirates. After experiencing the tour, you will understand the supernatural scars that linger in places after tragic fires claim the innocent’s lives.

Your trip through St. Augustine’s storied history will help you understand the impact history can have on a place, all while making the hair stand up on the back of your neck.

Like the haunted Casablanca inn and its previous owner, who made a deal with bootleggers in the 1920’s trying to bring stolen liquor ashore.  She was in financial difficulties and earned a nice cash bonus for warning bootleggers when the coast was not clear by waving a lantern in a sea-facing window.

Recently a fisherman saw the same swinging lantern several times and booked a room at the inn to satisfy his curiosity. That night he woke up in the room only to see a wispy figure of an older woman standing in the window waving a lamp. She turned to face him and shouted over and over that he had to “get out”!

Staff who came in response to his anguished cries all smelt a strong smell of gas; a technician was called, only to find a hairline crack in one of the downstairs gas pipes. The inn was saved thanks to a ghost from the time of bootleggers.

The Old City Ghosts tour is an expedition through historic St. Augustine’s most haunted hotspots. On the Old City Ghosts tour, you’ll explore both the historical and ghostly sides of each of the carefully selected sites. The accounts are all well researched, authentic, and up-to-date to ensure you have the best, most chilling, and authentic experience possible.

All Ghost Tours meet in front of 26 Toques Place. Get Directions 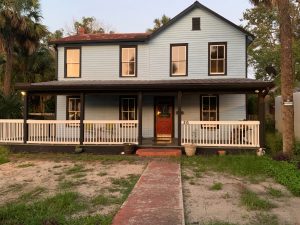 The standard tour route is 0.8 miles. Eight different locations are included in our standard tour. Our extended tour includes four extra locations, adding 0.7 miles to the distance for a total distance of 1.5 miles.

Old City Ghosts tours are held every night. Please arrive at least ten minutes early and allow plenty of time for parking and walking to the location. Tours are held rain or shine.

Admission for the Old City Ghosts tour must be purchased ahead of time on our site. Click “Buy Tickets” to bring up the ticket order process, fill the (short!) form out completely, and confirm your reservation, then… you’re done!

You do NOT need to print your tickets or worry about mobile passes! After completing your tour reservation online, you’ll automatically be added to the admission list for your tour time and date. Simply bring your ID with you for us to verify your reservation before your tour begins.

Get Tickets
Get Gift

We did an old City Ghost tour in San Antonio and I thought it was awesome! Jymmi was our tour guide and she was wonderful!
Read More

We did the extended tour and it was well worth it! Great stories and history. I would use them again for another ghost tour!
Read More

7 Reasons Guests Should Go on the Old City Ghosts Tour!

What draws the supernatural to St. Augustine?

You might think St Augustine is just a sunny but unexciting place suitable only for sunbathing and al fresco dining. However, that could not be farther from the truth. Since its founding several centuries ago, St. Augustine has been a hotbed of excitement and intrigue that has littered the area with both physical and spiritual connections to a truly meaningful historical legacy.

You could read about the Spanish occupation, or the area’s connection with the slave trade, or the city’s struggle with bloodthirsty pirates, but those accounts will skip over the true strangeness happening to individuals now as a result of that history every single day. Join the Old City Ghosts tour to experience that horrifying truth in person, at night, in the very locations where it all took place. You will feel like a part of the city’s deranged and ghostly history.

Reserve your tour today and experience a side of St. Augustine that no history teacher would have the courage to teach you!

Learn about some of the spooky history of the sites you will see on tour from our blog!

Aside from Margaritas, girls in bikinis, and a bizarre electoral system, and, of course, Disney, there’s something else the Sunshine State is known for, The Florida Monster... and I’m not talking ...
Read More 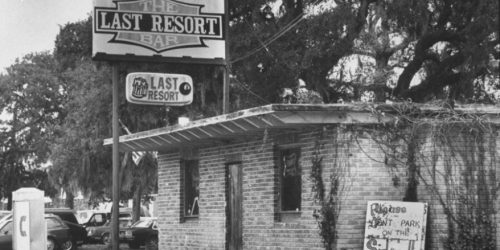 Morbid, ghoulish, macabre, and with a sick sense of humor... if any of those terms seem to apply when crafting an apt description or internet dating profile of who you are, then you’ve stumbled onto...
Read More 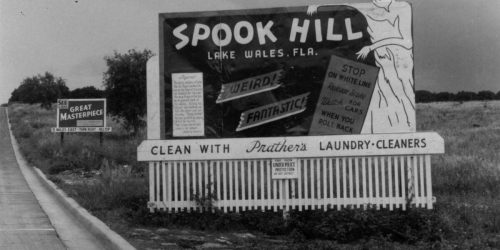 "Ages ago and INDIAN TOWN on Lake Wailes lake was plagued with raids by a HUGE GATOR. The town's GREAT WARRIOR Chief and the gator were killed in a FINAL BATTLE that created the huge swampy depression...
Read More

Click To Join Our Haunted Monthly Newsletter! Stay updated on stories of hauntings and intrigue!